What is a Fitness Breakthrough (BT)?

Many software training platforms use some method to track your fitness progression throughout the course of a training program or season. Typically, these require some form of test – whether a FTP test, ramp test, or other type of testing. With Xert, we can track improvements in your fitness without the direct use of testing (although you can still do the tests if you like). We use the term breakthrough to indicate a significant change in your fitness signature, which consists of your Threshold Power, High Intensity Energy, and Peak Power. When one fitness signature parameter increases, you’ll be awarded a bronze medal, for two parameters – silver, and when all three parameters increase – you’ll earn a gold breakthrough.

How is a BT detected?

Older training methods looked for signs of increased fitness by simply tracking your best 20 minute power, and taking a set percentage (usually 95%) of that value as your FTP. They presume if your 20 minute power increases, your threshold must also be increasing – likely a pretty safe assumption. But what if you’re not an athlete that focuses on 20 minutes efforts (such as Puncheurs, Roleurs, Sprinters, etc.)? How could tracking 20 min power provide any indication about your ability to generate power over 10 sec, 4 min, or anything other than 20 min? Answer: it can’t! Furthermore, tracking your average power over 20 minutes cannot tell us the whole story about your fitness. Did you go out too soon and blow up early? Did you go too easy at the start and finish with a powerful sprint in the last 30 seconds? These sorts of details can only be discovered by looking at your data second by second. 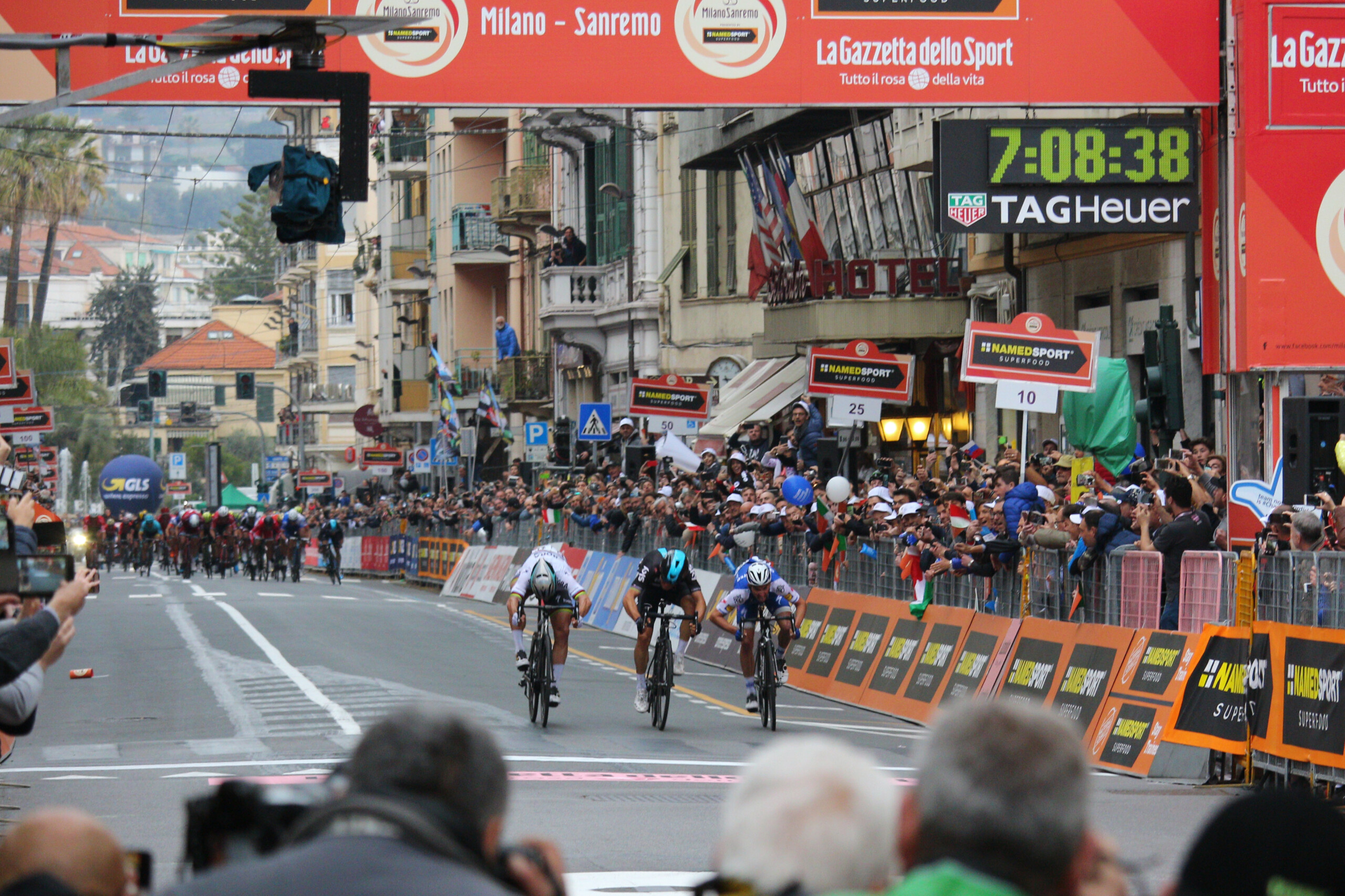 Instead of tracking your 20 minute average power, Xert looks second by second at your power output and compares it to what you could have done – your Maximal Power Available (MPA). When you perform a maximal effort and reach muscular failure, your power will approach (and hopefully exceed) your MPA. Xert’s signature extraction algorithm uses those moments where Power and MPA interact and identifies a fitness signature that matches your power data. In this way, Xert is able to use your moments of failure to identify your unique fitness signature. Because of the way in which MPA limits your ability to produce power, the longer/closer you’re able to continue riding near MPA, the better insight Xert has into your unique fitness signature. This is important since two athletes with very similar thresholds but different PP/HIE’s might experience fatigue very differently above threshold. If we were only to track their 20 minute power, it might be impossible to differentiate them. However, Xert is sensitive to the way in which they fatigue above threshold and will derive a unique power duration curve for each of those athletes.

When you’re able to exceed what the system thinks you’re able to achieve (i.e. riding above MPA), the system must now re-calculate the ride based on the new fitness signature. The ride is analyzed in such a way that MPA only reaches your power output once. For example, look at the micro-intervals below. Notice that during the ride, this user exceeded MPA several times. However, by definition, power cannot be above MPA. Therefore, when the ride is uploaded to the system, the fitness signature was increased and the activity correctly shows only one point of failure, where power is equal to MPA:

Prior to analyzing the breakthrough, this athlete was able to repeatedly ride above MPA during each 30’ effort. Since you cannot, by definition, ride above MPA, the system needs to increase your TP, HIE, and/or PP in such a way that power never exceeds MPA.

As stated above, the more time that you spend near MPA during a breakthrough activity, the longer the maximal effort time will be. Activities that only contain a few short seconds at/near MPA will result in short maximal effort times, while activities that contain several minutes of power close to MPA. In general, the longer the maximal effort time is, the better the resulting fitness signature from the activity will be. This concept can help explain why a 20 min test or a ramp tests are not always ideal for extracting your fitness signature, since they generally have relatively low maximal effort times. For example, during a 20 minute test, MPA will only approach your power output in the final few minutes. With respect to ramp tests, there are almost infinite combinations of TP and HIE/PP that can result in failure at one particular part of a ramp test. Thus, it can be difficult for the system to determine exactly which fitness signature is the “correct” one.

Finally, Xert works best when you’re able to fatigue naturally instead of various tests which feature “unnatural” fatigue. We call it unnatural since there are hardly any instances in normal riding where you increase your power output minute by minute until you can’t. The other type of unnatural fatigue is during an 8 min or 20 minute test, where you push yourself until the testing period is over, where most athletes will typically immediately stop pedaling. The abrupt stop does not permit Xert’s extraction algorithm look at the way you fatigue. Instead, Xert is looking to see natural fatigue in your power data, which typically manifests in your power slowly diminishing as MPA decreases and continues to limit your ability to produce power. Thus, with Xert, the last minute or two of the fitness tests – when you’re under the most fatigue – tells more about your fitness than the rest of the test.

Look at the difference in maximal effort time between a ramp test, 20 min test, and an all-out maximal effort during a Ronnestad workout below. Also pay attention to the interaction of power and MPA during each of those efforts:

There are several different ways in which a breakthrough can be achieved, since Xert is sensitive to changes in Peak Power, High Intensity Energy, and/or Threshold Power.

Notice that the original signature resulted in many intervals of both sets being completed above MPA. However, once the breakthrough is analyzed, MPA only touches this athlete’s power at one point during the ride.

Pro tip: Flagging a fakethrough or breakthrough tells the extraction algorithm not to update your signature based on that particular activity. This means that your fitness signature will remain unchanged, despite a near maximal (or non-repeatable) effort.

How to perform a Breakthrough?

Now that we’ve covered what a Breakthrough is, you might be wondering “How should I get a breakthrough?” The signature extraction algorithm that is used to determine your unique fitness signature will obviously require some form of maximal effort that brings you to muscular failure. What type of maximal effort you want to do will likely be dependent upon which part of your signature you’re hoping to update. If your peak power is a little low, you may want to attempt a few 10-15 sec maximal effort sprints, aiming to push over MPA & update your peak power. If your threshold is lower than what you might expect, you may want to consider a relatively longer effort, attempting to pull MPA down for a breakthrough.

Since your fitness signature is determined from those moments where MPA and power are close together, its always a good idea to try and maximize your maximal effort time. You can use an FTP test, Ramp test, or some other type of fitness test if you would like. In fact, you will find some Fitness Tests for Breakthroughs in the library that are designed to bring you to the point of failure (and exceed MPA, if possible). For those tests, we recommend performing the workout in SLOPE mode (SLOPE set to ~2%), so that you can push yourself all the way to the limit and guarantee a breakthrough, even if that means extending an interval by a few seconds. However, keep in mind that Xert does not require any form of rigid test – you can add in maximal efforts to your normal high intensity workouts, using our Xert Segment Hunter outdoors, or from all-out efforts during Zwift races or club rides. If you’re riding along with MPA displayed on your Android, iOS, or Garmin, another thing to remember is that you should not treat reaching MPA as the “finish line”. Rather, continue to push as hard as you can once you have reached MPA – this is the time where Xert really gets to learn your fitness. 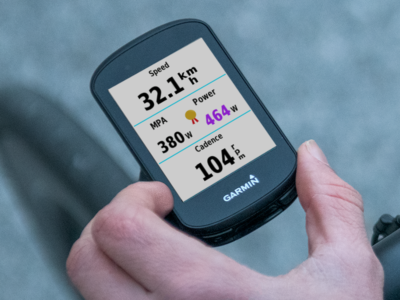 “Xert gives a different Threshold Power than my 20 minute test. What’s up with that?”

“How does Xert know which fitness signature parameter(s) to change?”

“I got a Breakthrough that lowered part of my Signature! What happened?”