What are Advanced Stats?

Advanced Stats is a feature that allows users to analyze Strava Segments or their lap data from their activities. In addition to seeing some of the basic information you would expect to fin: average power, speed, etc. Xert will also calculate & display the starting & ending MPA for each lap or Segment, as well as the calculated Focus & specificity for a particular region of a ride! 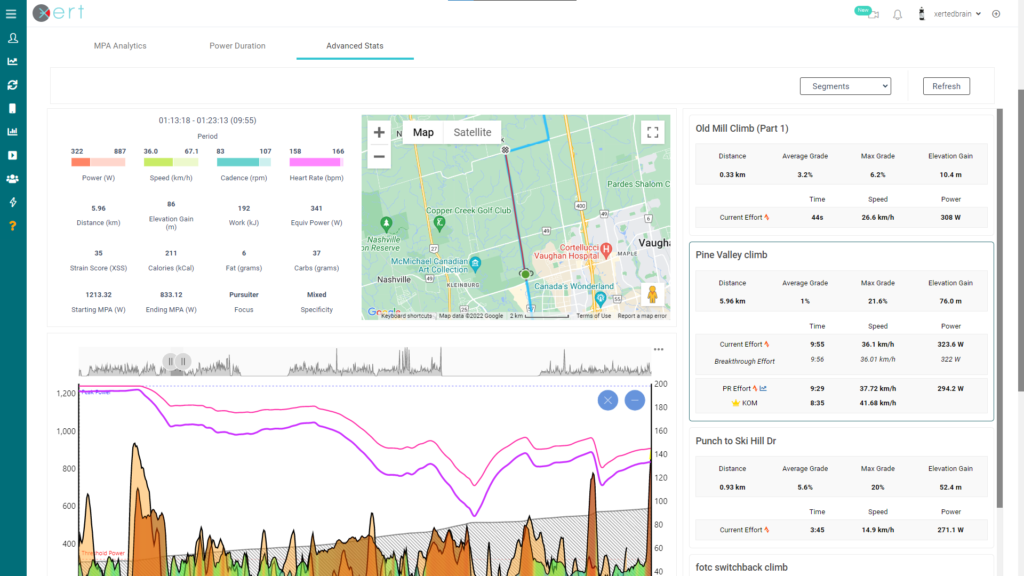 In addition to showing your current segment effort and your best segment effort, Xert will calculate a Breakthrough effort. To do this, Xert looks at the power data from your best effort and uses your MPA & fitness signature to calculate the highest effort you could sustain across that segment. The best estimated effort is calculated by scaling up your Segment best effort until MPA is reached at one point during the segment effort (e.g. a Breakthrough effort). Note that this won’t be a constant power effort across the segment. Rather, we use the pattern in your power data from your lifetime personal record to account for things like climbing & descending hills, stop signs, etc. From there, Xert can estimate your speed data using the best estimated power and determine your estimated best effort for that segment.

Note: Keep in mind that wind speed/direction will likely have an influence on your PR/KOM time as well. 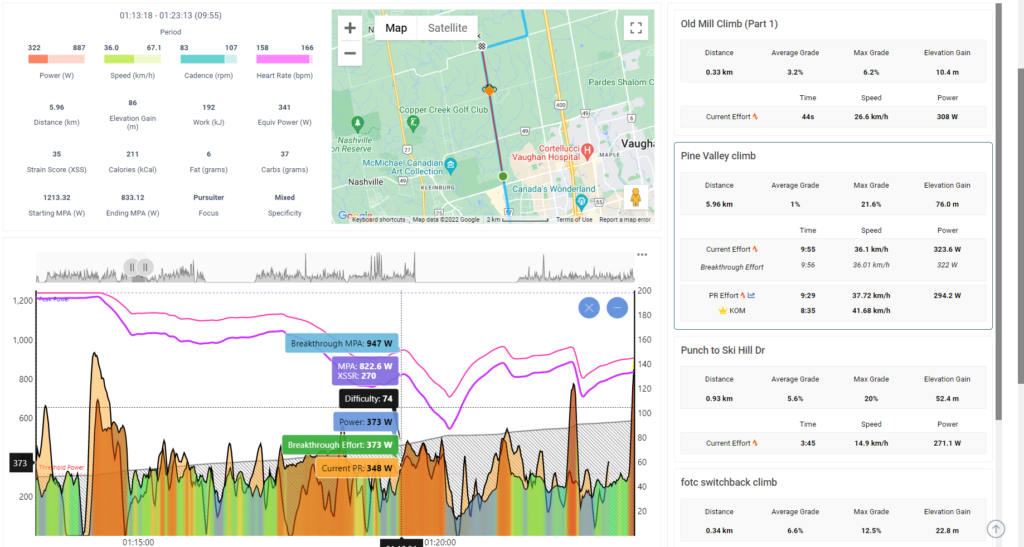 After clicking on a Segment, the MPA chart will display the current effort Power & MPA, your Personal Record effort (in orange), and the Breakthrough Effort (in green). Looking closely at the map, you’ll also notice a second by second comparison on the map of your current effort (bike symbol), PR effort (orange diamond), and the Breakthrough effort (green diamond). You can also toggle the horizontal axis between time & distance: 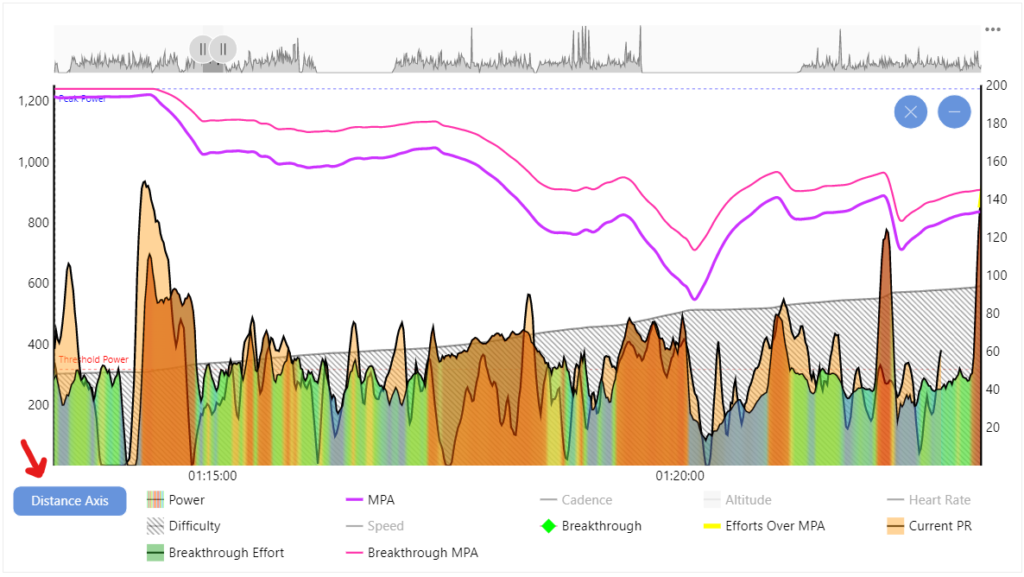 “Why don’t I see any Segments under Advanced Stats?”