Also referred to as Functional Threshold Power, it is the exercise intensity at which lactate begins to accumulate beyond steady-state levels. It is often considered by athletes as the maximum power that can be sustained for an hour, however the duration at which an athlete can ride at FTP typically varies between 40 and 70 minutes. In Xert, Threshold Power closely matches that of FTP. In general, for most athletes, Threshold Power is slightly above FTP. Inspecting a power-duration curve using the Xert Fitness Signature calculator reveals the difference.  Here’s an example: 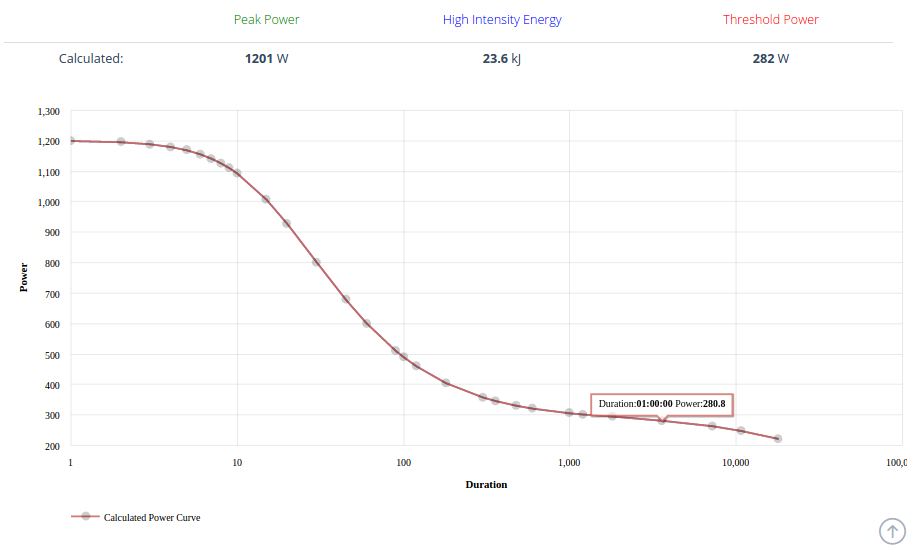