This is a duration, typically in seconds or sometimes minutes and seconds (mm:ss) that defines how much time during an activity, an athlete was close to MPA.  Because fatigue hurts, reaching and spending time at your absolute limit (a maximal effort or point-of-failure) doesn’t occur with great frequency in data.

Maximal Effort Time uses an algorithm to determine how much time an athlete spent close to MPA.  It is assumed that if an athlete doesn’t spend much time near MPA, then the activity doesn’t express the athlete’s fitness signature.  That is, the activity is determined to be sub-maximal.  The signature extraction process is therefore skipped and it is assumed that the athlete’s signature remains relatively unchanged from the previous activity’s signature.

However, when Maximal Effort Time is above a predefined level (current set at 5 seconds), it is presumed that those moments near MPA during the activity were expressive of the athlete’s fitness and a fitness signature is extracted from the activity and recorded. 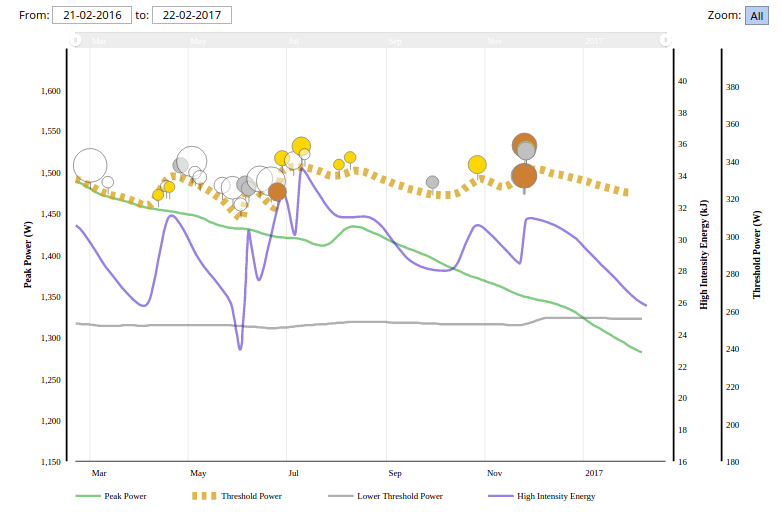